What is WhatsApp Gold? A virus that will put your personal data in danger

There is a WhatsApp scam doing the rounds which states that users are getting messages to download WhatsApp Gold or WhatsApp Plus. Keep your phone safe from such scams.

It’s been doing the rounds since 2016, and now it seems that the WhatsApp Gold hoax is circulating once again. There are a huge number of fake updates and duplicate apps available on Google Play.

What it does is download a lot of malware into your smartphones, thus putting your personal data in danger. You are likely to get a new message saying that if you download WhatsApp Gold or WhatsApp Plus, you will get access to some hidden premium features of the Facebook-owned app. However, it’s a hoax and comes with some dangerous viruses. The message comes in the form of a video message.

The first half of the message claims that a video will come out tomorrow called Martinelli, which will hack your phone. It says: “If you know anyone using WhatsApp you might pass on this. An IT colleague has advised that a video comes out tomorrow from WhatsApp called martinelli do not open it, it hacks your phone and nothing will fix it. Spread the word.”

While there doesn’t appear to be any such thing as the ‘Martinelli video’, the second half of the message warns about WhatsApp Gold. The upgrade claims to offer new features such as the ability to have video chats, send 100 pictures at once, and delete messages after you have sent them.

Users are asked to click on a link to download the update, but instead, this takes them to website that is riddled with malicious software, infecting their smartphones with nasty viruses.

Facebook-owned WhatsApp had earlier said that it has nothing to do with WhatsApp Gold or WhatsApp Plus while stating, “Plus have no relationship with WhatsApp and we do not support WhatsApp Plus”. On the other hand, there have been reports that the Martinelli scam is a fake one as there is nothing like WhatsApp Gold and this message is just creating a ruckus among users.

That said, be it any case, you should not run and download such videos on your phones nor should you click on any suspicious link received in a WhatsApp chat. This will help you in protecting your device as well as the personal data from prying eyes. 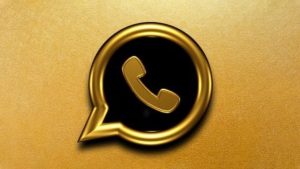