Why 91% of IT and security pros fear insider threats

Insider threats are a larger concern for most organizations than cybercriminals or hacktivists, according to a BetterCloud report.

The biggest security threat to your business likely isn’t a cybercriminal or hacktivist, but someone already in your organization, according to a Wednesday report from BetterCloud. The vast majority (91%) of the 500 IT and security professionals surveyed said they feel vulnerable to insider threats, whether their acts are malicious or accidental.

Some 62% of professionals said they believe the largest insider security threat comes from well-meaning but negligent end users, the report found, as opposed to those who intentionally cause harm (21%) or those who are exploited by outsiders through compromised credentials (17%) 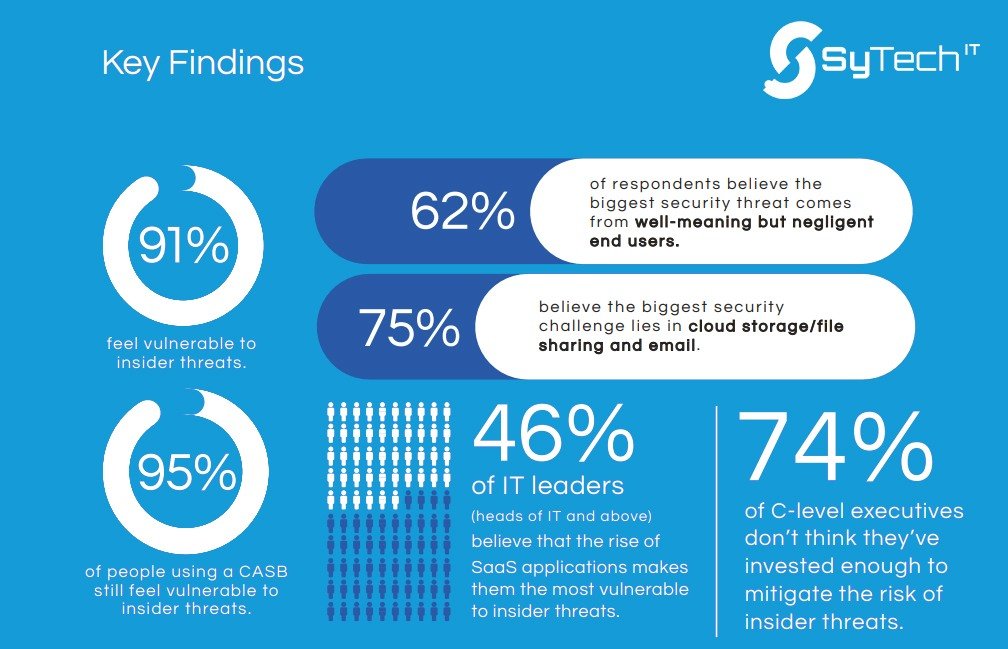 More than half (53%) of respondents said they felt the employees who were most likely to be a threat were those who have left or were planning to leave the company, or contractors whose contract had ended, according to the report.

“The rise of SaaS in the digital workplace has made companies more vulnerable than ever to insider threats,” David Politis, founder and CEO of BetterCloud, said in a press release. This is due to taking control over data with SaaS applications from IT teams to end users, as well as the increasing complexity of the SaaS application infrastructure, Politis added.

Of the C-level executives surveyed, just 26% said they have invested enough to mitigate the risk of insider threats, versus 44% of IT managers, the report found.