Firefox is getting a new logo

Mozilla is redesigning the Firefox logo, with a little help from the rest of us.

This time around, though, the plan isn’t just to create one new icon for the flagship browser, but to design an entire series of icons to fit the brand’s different ventures — from mobile and VR browsers, to screenshot and file sharing tools. Mozilla’s already uploaded some possible takes, and now wants users to comment on its blog for feedback about what the icons should look like. 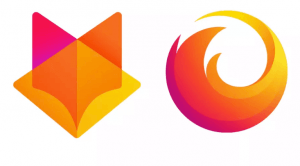 For most people, Firefox refers to a browser, but the company wants the brand to encompass all the various apps and services that the Firefox family of internet products cover, “from easy screenshotting and file sharing to innovative ways to access the internet using voice and virtual reality.” The fox with a flaming tail “doesn’t offer enough design tools to represent this entire product family,” Mozilla believes.

Instead of recoloring the logo and dissecting the fox, the company wants to start from scratch. That said, the name “Firefox” is staying, so Mozilla doesn’t have that much wiggle room.

A team of Mozilla product and brand designers has come up with two options: 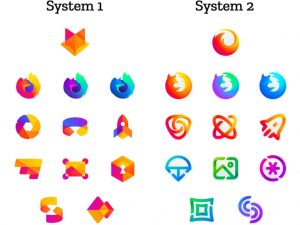 The first icon is the Firefox masterbrand icon, an umbrella under which all the product lines will live. Mozilla hopes this is what users will one day think of when they hear the word “Firefox.”

The next lines, in order, are as follows: general purpose browser icons (including Developer Edition and Nightly colors), singularly-focused browser icons (Firefox Focus and Firefox Reality), and finally new applications and services (the five icons in the last two lines).

“Each individual icon will undergo several rounds of refinement, or may change entirely, between now and their respective product launches,” the company said. “Our focus at this point is on the system.”

It’s not the first design change the Mozilla platform’s undergone recently, either. Back in December, it launched a bolder, brighter, and simplified icon for Firefox Quantum that was “less about fur and more about a being made of flame,” the company wrote in a blog post.

Not only that — but this whole Firefox change is pretty similar to the process Mozilla used when it was redesigning its own logo about two years ago.

And to help with the final decision Mozilla wants you to leave comments and opinions on the announcement blog post. But before you do, read the warning the company has left for you.

Keep in mind that the company isn’t crowdsourcing the design and isn’t asking for submissions or votes; it just wants your thoughts on the matter.

Mozilla is still exploring options, so the design could still undergo changes, but a final system will be rolled out “over the next few months” after taking into account user feedback and testing.